This story is based on a true incident, the name and location have been changed, you will definitely get a Sikh from this story and this story will be written in many parts, if there is any mistake, then sorry, 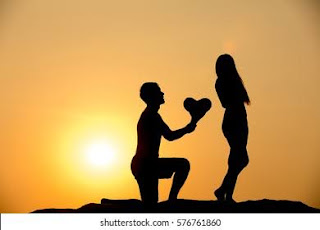 (But friends, let me tell you that there are people of the village and it is a tradition of the village that the boy and the girl do not see before marriage and marriage in the village does not mean meeting or talking, all this is engaged only by the parents. The girl does not even see the photo, it is the custom of the village)

Rahul's family confirmed Rahul's relationship and the engagement was also done but Rahul and Manish did not even see each other, then after a few days, Rahul somehow reached his mobile number to the girl Manisha, but Manisha's If she did not have a phone, then Manisha used to call her friends asking for a phone,

Then for a few days the same thing happened

(Friends, this is an Indian village, earlier there were no smart phones, used to be plain mobile phones)

Then one day Manisha asked for a phone call to Rahul, then at first Rahul refused because of the fear of the family members and then asked to stay.

Manisha = call me by any means, tomorrow you will have to come to my village and give a phone

Rahul = Rahul will come after two days on Saturday, but your family members will not know.

Rahul = I am speaking Rahul in hello Manisha, I have come to give him the phone.

Manisha's friend = But Manisha has gone to her maternal uncle's house.

Then Rahul told that we will bury the phone and photo in the ground near a village tree, you tell Manisha to pick up the phone from there, Manisha's friend said okay,

Manisha and Rahul had not yet met each other, only used to talk on the phone, but loved each other very much, then the next day Manisha also came to her village from maternal uncle's house, when she got that phone, Manisha was very happy (Friends this Gone are the days when phones used to be a huge thing)

Now that Manisha also had her own phone call, Rahul and Manisha used to talk to each other a lot,

There was also a deep love in the other, but both of them had not even seen each other's face.

Rahul and Manisha had dreamed a lot in talk on the phone, now both of them had been engaged for a year about their marriage, for 2 years everything went well but after a year

Rahul's Jeevan Kush happened that he did not even know (now the next story will come in the second episode, this is a very big love story it cannot be written in one part)